Funded by the Austrian Science Fund (FWF, ORD-68), we calculate and provide tropospheric delays and models as open access data. This server replaces ggosatm.hg.tuwien.ac.at, which has been shut down in April 2019. The portfolio of tropospheric delays and models provided here is significantly enhanced compared to the previous server. A manual on the usage and application of the troposphere products can be found in the readme.txt.


Structure of the troposphere delay models

The following two organigrams give an overview of the structure of the troposphere products.

This plot shows a comparison of VMF3 operational data (VMF3OP, blue) with VMF3 forecast data (VMF3FC, red) for the Geodetic Observatory Wettzell in Germany over the last 4 weeks. The red line is always two days ahead of the blue line, since VMF3OP is always published for the previous day and VMF3FC for the upcoming day. 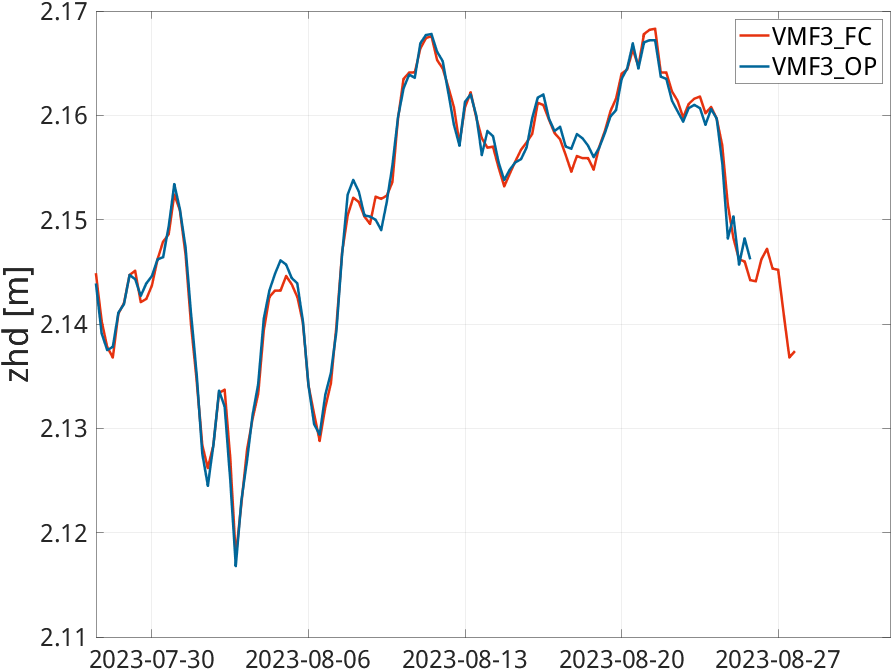 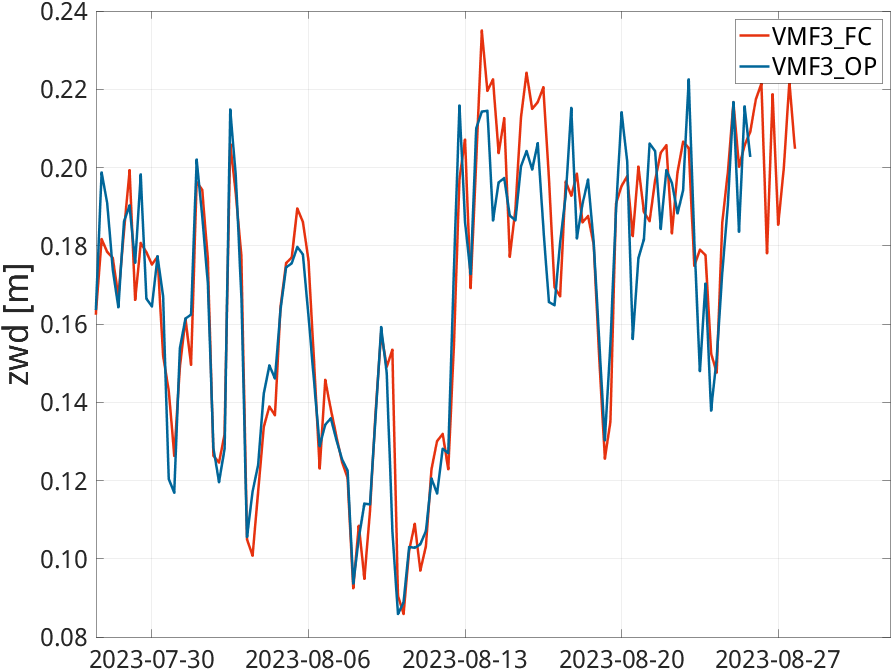 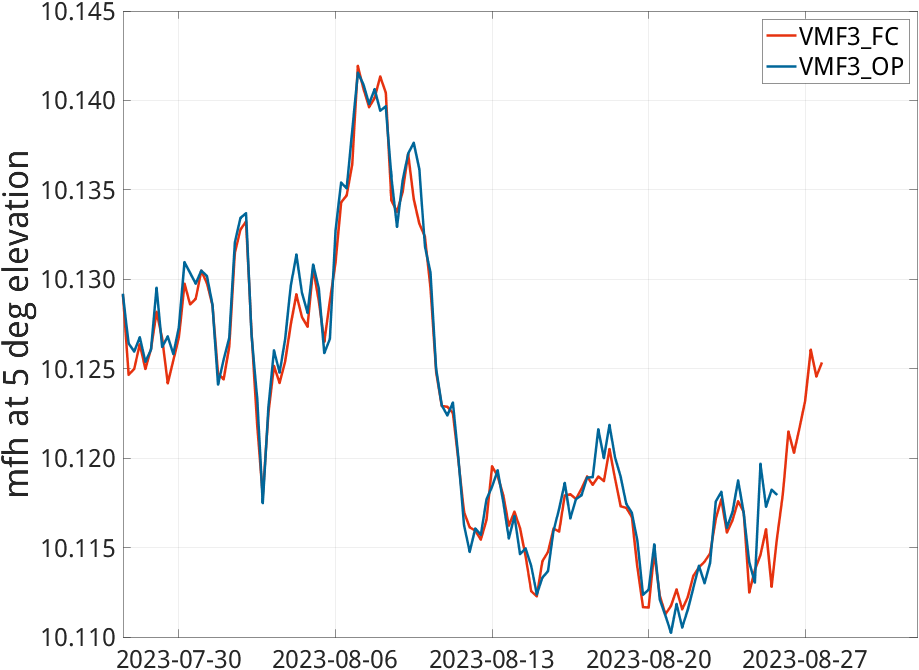 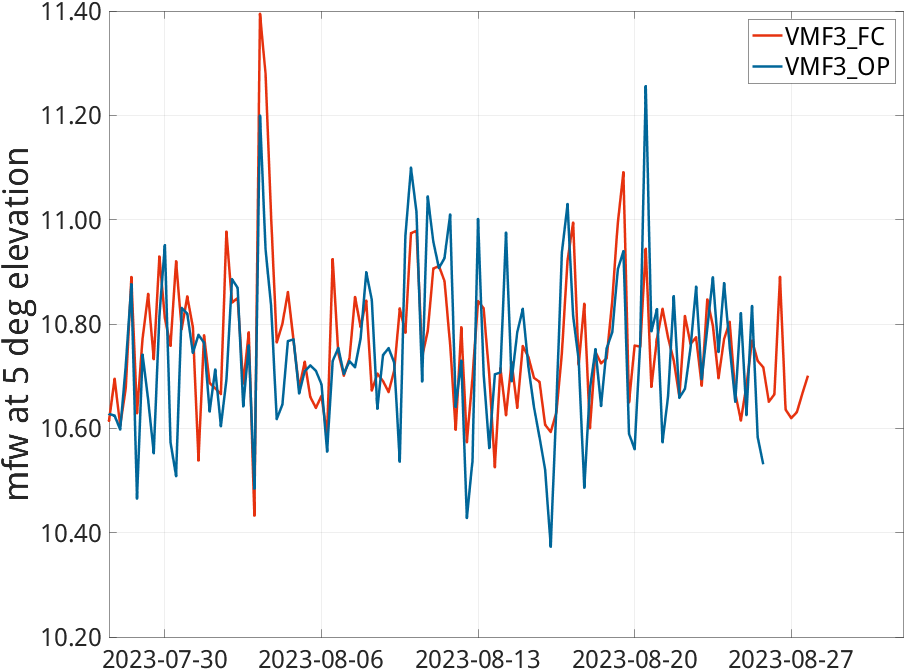